This competition directly supports the charities SPECIAL EFFECT and STACK UP. To enter you will need to make a direct donation to one of these charities.

STACK UP brings both veterans and civilian supporters together; recognising that PTSD, depression and emotional distress are a leading cause of isolation and suicide, they help US and Allied military service members to recover from traumatic physical and emotional injuries through a shared love of video gaming.

[We are also running a quiz to support these charities, which will go live later this month.]

What are we looking for? A piece of flash fiction up to 500 words (not including the title) inspired by one of the 31 quotations below, each of which is taken from one of our books.

Your entry can be any form or genre, but should be inspired by one of the quotations in the QUOTATIONS LIST at the end of this page.

The entry fee for this competition is a donation to either SPECIAL EFFECT or STACK UP – see the Entry Fees section for how to donate. We do not require a minimum donation for entry, give what you can. The amount of your donation will have no bearing on whether or not you win a prize.

Number of entries: you may enter as many times as you like but strictly one entry per email.

>> We have been promised a generous donation from the partners who work with STACK UP  - as soon as we get more detail, we’ll add it here.

>> The top 20 entries win an audio and an ebook of their choice from the Fantastic Books Store.

>> There may be more; bookmark this page and keep checking back.

Judges: the shortlist will be drawn up by the editorial team at Fantastic Books Publishing and the final decisions made by judging panels from SPECIAL EFFECT and STACK UP.

Note: Please follow the instructions in the How to Enter section below.

Email entries only for this competition please.

The email subject line should be “FLASH FICTION COMPETITION”

Send your email to: fbp-publicity@outlook.com

Your email should contain the following information in this order:

Your chosen charity (either Special Effect or Stack Up):

Proof of your donation (this can be a screenshot or photograph of your donation receipt, which will allow us to calculate the total amount raised for each charity. Note: this will be removed from your entry prior to judging)

The entry – please put the complete entry with title in the body of your email. Please remember, one entry only per email.

All that we require is proof that you have donated to one of the two charities. For your convenience we have added donation buttons below. A copy or screenshot of the charity receipt will count as the fee for one entry into the competition.

Tip Jar (optional): the admin staff who are running this competition are doing so in their own time. If you would like to say thanks by buying them a muffin or a cuppa, please use the tip jar. Thank you. 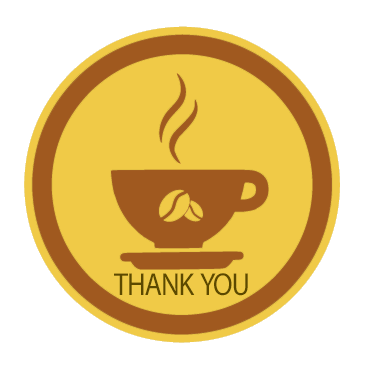 A Word of Advice from Fantastic Books Editorial Team

In the Quotations List below you will find quotes from 31 different books. We advise that you browse them to start with and see if one of them sparks your imagination. Your entry can be as short as a Haiku (17 syllables) or it can use all 500 words. You do not need to stick to the same genre as the book being quoted, nor try to tell the same story. Your entry can be fiction or non-fiction e.g. poetry, a fairy-tale, science fiction, fantasy, a film review, a true account, a description of a remarkable person or place or event, a travel guide, a philosophical essay … whatever you are inspired to write will be fine as long as it is no more than 500 words and has been inspired by one of the quotes below. Let your imagination roam free.

1. Every now and again a 12-year-old boy wanders along our carriage in both directions, the frequency and intervals of his passing suggesting that he’s amusing himself walking from one end of this enormous train to the other and then all the way back again.

From Fragments of Joy and Sorrow by Alan Wakeman

2. “When the wind shifts in your direction, you’ve got to catch it and fly with it like it’s your last breath!”

From The Purple Bowtie by Lisabeth Reynolds

3. A few stars were already visible, bright white pinpricks that, on any other night, would have been a joy to look upon.

From End of Empire: Vanquished by Alex Janaway

4. Beds, each with its drip attached: miniature water towers like those that used to feed the greedy steam trains of my childhood.

From I used to be by Mary Brown

5. Do you believe in magic? I see you pause for thought, perhaps to ponder ‘what is magic anyway? Where is the proof of it around me?’ But why must you see a thing for it to be real? Can you see the air you breathe? Deny its existence if you like but it will go on filling your lungs regardless. Magic, let me tell you friend, is just as real.

From A Bookkeeper's Guide to Practical Sorcery by Kate Russell

6. Early attempts at colonising Mars were clean, as no native population was displaced, but they weren’t straightforward.

7. Engines screamed as the ship died.

From Exiles by Daniel Blythe

8. He had never thought he would ever be able or ever want to respond to that kind of noise. It had always been just a ubiquitous aural pollution. He’d endured it in pubs, escaped from it out of shops, suffered the manic thumping of it blasting out of young men’s cars at traffic lights, even walked out of restaurants because of it. Hating it; until tonight.

From Edge of Arcadia by Ken Reah

9. He hated harming the victims of injustice.

From A Seared Sky: book 2: Partings by Stuart Aken

10. His engineer mind itched to find out what was going on and his social conscience couldn’t dismiss the potential ramifications of an engineer suddenly developing artisan abilities. If it had happened to him, it could happen to others.

From The Defiant Spark by Annie Percik

11. How can you have fun in the snow and not fall over?

From The Rocking Horse Diary by Alan Combes

12. I shall move from this world to the next like a petal blown on the winds of dreams

From Tesserae by BJ Edwards

From Till They Dropped by Sue Knight

14. In Pandaemonium, as in any university, nothing fails like success.

From The Engklimastat by Mark Henderson

15. In the old town bars, bright young things rest temporarily cheek by jowl with old men supping their nightly pints; the mood cheerful as the wave flows inward homing in on the cheap drinks deals of the new town where night is an irrelevance to the lights and noise and throbbing beat from outlets designed to attract in a crowd that’s on its way regardless, laughing, swaying, priming itself for Friday night.

From The Jawbone Gang by Penny Grubb

16. It was the wrong party. The cascade of noise had lured him to the function room …

From National Cake Day in Ruritania by Mark Henderson

17. It’s all about you: motivation and time.

From My Dalek has a Puncture by Simon Fisher Becker

18. Like his predecessors, the current owner had been the subject of village gossip when he arrived in 1911. He lived alone, apart from an elderly manservant, and had made no attempt to befriend the locals in the three years since.

From The Boy in Winter's Grasp by John Scotcher

19. Nestled unobtrusively in the maze of tiny back streets between the bridges Ponte Sant’Angelo and Ponte Umberto 1, was the most unrecognisable church in Rome.

From The Triple Goddess by Michael James

20. Rain cascaded in sheets, cold dark and heavy despite the eternal sun, whipped into frenzy by a fierce and fickle wind.

From Shadeward: Emanation by Drew Wagar

21. She came to us at midnight, in the back of a police van.

From The Bridge and the Butterflies by Janet Blackwell

22. She had tried to fight them, but they had just laughed and shoved her back in the locker. It fitted her like a coffin.

From Storm Girl by Linda Nicklin

23. She licked her lips. It had been satisfying, but the burning embers of vengeance were still smouldering within her.

From Shadeward: Exoneration by Drew Wagar

24. ‘The trouble with mobiles is that you can't slam the phone down.’

From The Day Jack Sacked his Therapist by Marie Gameson

25. Sitting in the garden as the sun goes down

From Faith by Christian Danvers

26. The great cargo haulers were a curious blend of form and function, with cabins that curved back at the top and merged seamlessly into the long cargo container. Such industrial elegance, once white but now soiled and yellowed by the sandy winds, held aloft by six individually articulated sets of caterpillar tracks. One by one, the haulers rumbled to a stop with the foremost vehicle a dozen metres short of the gate.

From The Reality Exchange by James Vigor

27. The ocean came into view as they soared past the steep crags at the far side of the ridge. Underneath them, rocky terrain dropped away towards the grassy foothills guarding the shore.

From Gravity’s Arrow by Jack Mann

28. The words changed on the long drive north.

From The Doll Makers by Penny Grubb

29. Two years ago we weren’t supposed to be eating salt either. But now salt’s okay, apparently. Somebody must have improved it.

From The Accidental Spurrt by Walt Pilcher

From Makeover by Barbara Hudson

31. A skeletal arm appeared beneath the dying hologram, a clawed hand reaching upwards.

From The Star Protocol by the Marett Brothers.

- June 29, 2021
Full details  CONTACT US WE ARE OPEN FOR SUBMISSIONS!   We accept un-agented manuscripts in the following genres: Psychological, Crime, Legal, Medical, Techno, and Hard-boiled Action-packed Thrillers. Procedurals, Chillers, Grip-lit, and Domestic noir. Contemporary, Historical, Romance, Up-lit, and Literary fiction.   We are particularly interested in receiving submissions from authors who identify as (dis)abled, BAME, and/or LGBTQIAP+, especially if your title features a character who exhibits these qualities.   Send your synopsis and full-length novel as separate attachments along with a short author bio in the body of your email to the address below.   Dark Edge Press is a dynamic digital first publisher. Our staff have over ten years experience in the trade. We work with some of the most diverse, enthusiastic, highly qualified individuals in the publishing industry. We offer our authors a uniquely individualised service with an above industry standa
Read more