The Rhys Davies Short Story Competition is a distinguished national writing competition for writers born or living in Wales. Originally established in 1991, we are delighted to relaunch this prestigious award on behalf of The Rhys Davies Trust and in association with Parthian Books. 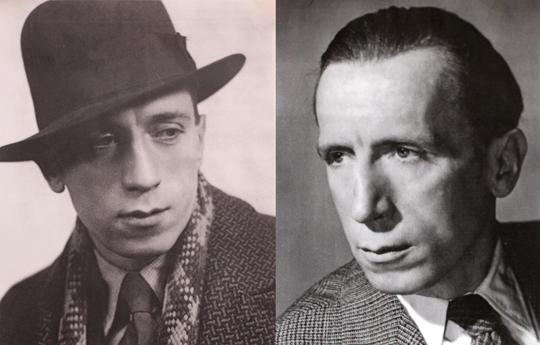 Born in Blaenclydach, near Tonypandy in the Rhondda, in 1901, Rhys Davies was among the most dedicated, prolific, and accomplished of Welsh prose-writers in English. With unswerving devotion and scant regard for commercial success, he practised the writer’s craft for some fifty years, in both the short story and the novel form, publishing in his lifetime a substantial body of work on which his literary reputation now firmly rests. He wrote, in all, more than a hundred stories, twenty novels, three novellas, two topographical books about Wales, two plays, and an autobiography.

In 1967 he won the Edgar, a prize awarded by the Mystery Writers of America, for a collection of stories, The Chosen One (1967), and in 1968 he was admitted to the Order of the British Empire. In 1971 he was given the Welsh Arts Council’s principal prize for his distinguished contribution to the literature of Wales, but could not be persuaded to attend the reception in Cardiff. He died in a London hospital on 21 August 1978

‘As Wales’ pre-eminent short story writer it’s appropriate that the name of Rhys Davies should be attached to the latest contest for works in this much neglected form. The competition, which began in 1991, has encouraged a whole range of new writers to test out how best to manage something that’s often more substantial than a poem but nowhere near the long distance of the novel. As culture moves ever towards the swifter and the more concise, we are delighted to support the relaunch of this national competition.’ - Peter Finch, Secretary, Rhys Davies Trust

Step 2: please CLICK HERE to pay the entry fee and receive your unique reference number. For details on eligibility for free entry, please consult the terms and conditions.

Many thanks - we look forward to receiving your entries!
21 03 22 Short Stories

- December 21, 2019
About Light + Life Magazine Light + Life is a monthly magazine published by Light + Life Communications, the communications department of the Free Methodist Church – USA . The magazine has a monthly circulation of approximately 14,000. In April 2015, the magazine expanded to a larger size with both English and Spanish articles in a common edition using a flip format. The Spanish side of the magazine is titled Luz y Vida. Articles are also published online at   lightandlifemagazine.com and revistaluzyvida.com . Free Methodism’s entry into publishing occurred in 1860 when principal founder B.T. Roberts published the Earnest Christian . He hoped by “uncompromising advocacy of ‘righteousness, peace and joy in the Holy Spirit’ to make our magazine a favorite and welcome visitor.” Another publication, The Free Methodist (later renamed Light + Life), debuted in 1868. Our mission to develop earnest Christians remains. Each issue of Light + Life
Read more

- December 22, 2020
Full details  The theme this time for 2021 is Resolutions. Interpret the theme however you like.   New writers, established writers and writers we've included in other anthologies are all equally welcome.       Timeline Submissions accepted 6 December 2020 until 28 February 2021 Editors' decisions By 31May or there abouts! Editorial 1 June until 31 August Book design and early marketing 1 September unitl  14 November Book release 15 November Celebration event   4  December   How to Submit Author Compensation What we're looking for
Read more